G.W & G Bridges Ltd, a 14-acre vehicle recycling site in Pease Pottage, West Sussex has been established for over 50 years and is still owned and operated by ‘Bill Bridges’. As purchasers of scrap or accident damaged vehicles, we sell used motor parts directly from our counter and online. Directly linked to the DVLA and members of the Vehicle Recyclers’ Association (VRA), we are an Authorised Treatment Facility (ATF), licenced by the Environment Agency and registered under the scrap metal dealers act (SMDA13) with Mid Sussex Council.  These are all legal requirements for a business to operate within the vehicle recycling industry.

The site now known locally as ‘Bridges’ was previously an orchard. A portion of it was also used as the local cricket ground which had been ploughed over and used to grow vegetables by orders of the government during WW2. From the 50’s onward, the land was used as a market garden and a poultry farm. The business of selling car parts started purely by accident. Whilst operating as a poultry farm, a small local scrap metal dealer asked if he could rent part of the land to use as an overflow for some of the broken-down vehicles he had bought. As time passed by a person visiting the farm asked if a headlight was available to buy from one of the cars. An agreement was made with the local scrap dealer whereby Bill would sell the parts from the cars in exchange for him renting some space. The scrap dealer would remove the bare metal vehicle shell afterwards. So, having sold a single headlight from one of the expired cars, a vehicle recycling business was born.

It was in the early 60’s that a 20-year-old Bill Bridges persuaded his mother Grace to allow him to start buying some old cars with a view to breaking them. He would then sell the spare parts directly from ‘The Orchard’ which was still a poultry farm at the time. Having initially forged an early career as a ‘Tacker’, putting up walls and ceilings in many of the new housing estates that were being built in Crawley, he had now made his first steps towards being one of the most successful vehicle recycling operators in the country.

During the 70’s & 80’s the recycling operation was expanded over a larger area and trade customers and hobbyists were allowed on site to remove their own parts. A vehicle recovery service was also offered to the general public as well as the police. Moving on into the 90’s & 00’s further expansion on site coupled with significant investment into state-of-the-art depollution equipment and machinery ensured Bridges were able to service the various Insurance companies and local authority contracts that were utilising the services offered. 2010’s up until the present day have presented challenges throughout the recycling industry that have been met head on with essential restructuring and continued investment along with a move to online parts sales. 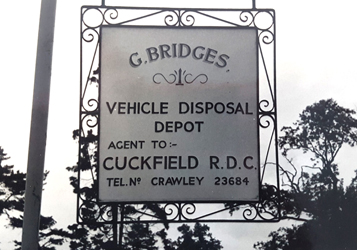 GW Bridges in the 60s 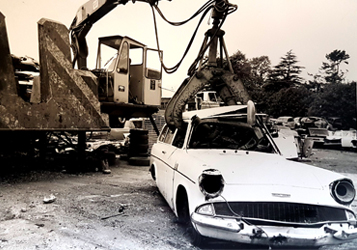 GW Bridges in the 70s 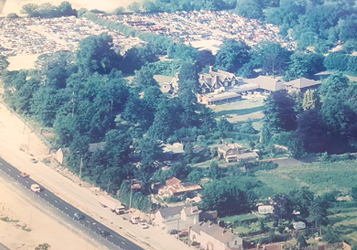 GW Bridges in the 80s 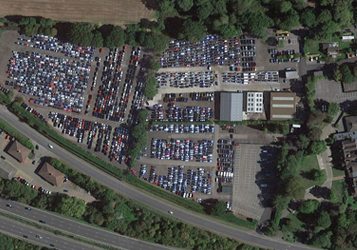